BOOK RELEASE | The Story of George by Claire Le Michel

The Tiger which  was caught from Wayanad and whose story went on to become famous in France. The Tiger died in December 2021. But ‘The Story of George’ is a book now!

Written by Claire Le Michel, the book will be released at Alliance Française de Trivandrum on 20th January 2023. 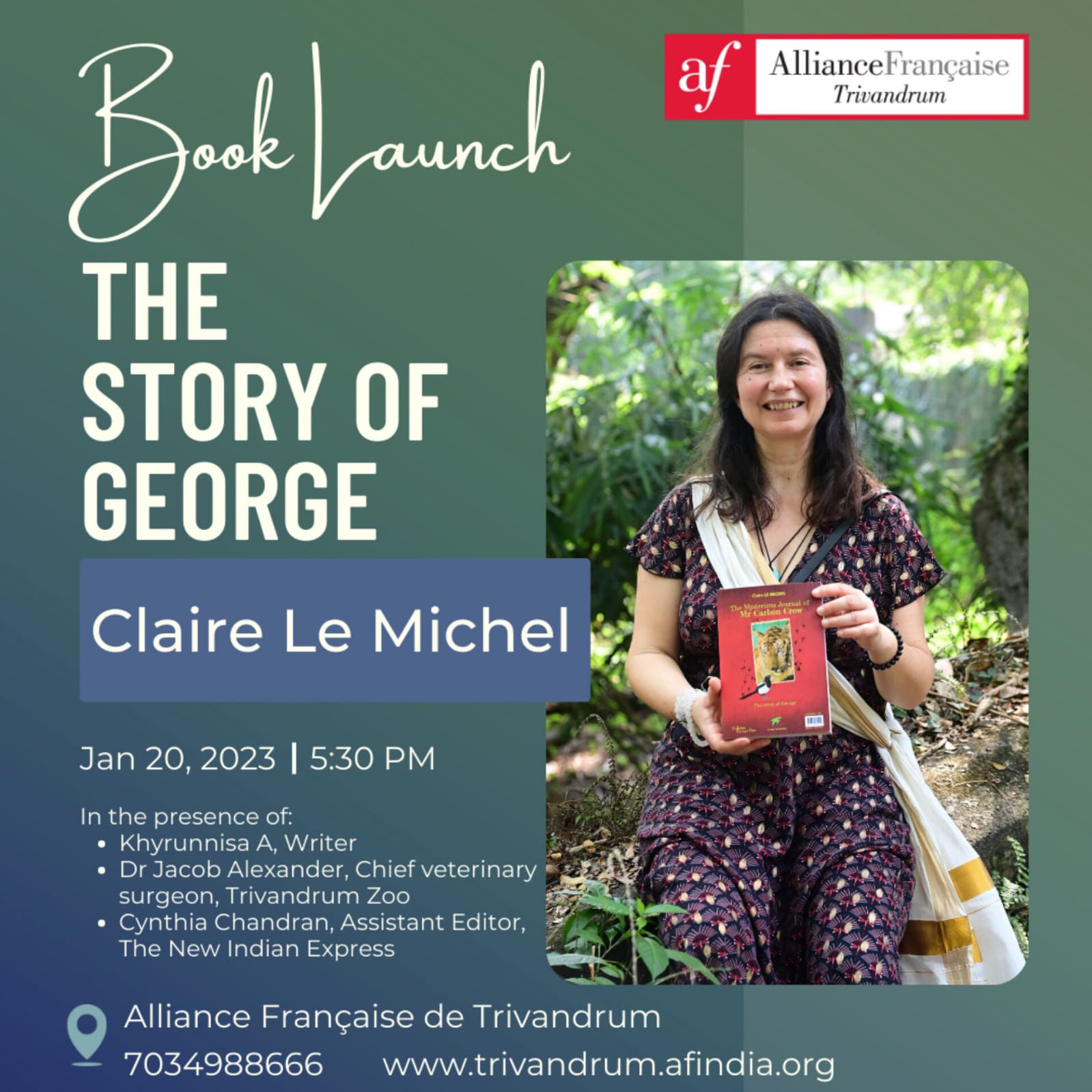 In 2015, George was a troublemaker who was giving headaches to authorities. He had strayed into human settlements in Wayanad and had killed around 25 heads of cattle.

When the animal was captured and brought to the city zoo, he had multiple injuries and was not expected to survive. But he was nursed back to life by Dr Jacob Alexander. The veterinary surgeon named him George, after actor Nivin Pauly’s character in ‘Premam’. When George was being cared for, Claire, who is also a contemporary dancer, happened to visit the zoo, where she heard about his resilience. On her return to France, she penned ‘The Story of George’.

The book received rave reviews in France, and was included in the school curriculum as part of its lesson on the necessity of wildlife and tiger conservation. George’s life battles and how people facilitated his survival are topics French students have been learning eagerly.

The Mysterious Journal of Mr. Carbon Crow
The Story of George
By Claire Le Michel

Claire Le Michel wrote a story of imagination, inspired by the daily life in the zoo of Thiruvananthapuram, Kerala. All the characters are real, except Carbon Crow, the narrator.
In this book, Claire gives a voice to the animals, and she is grateful to the Dr Jacob Alexander, Surgeon
Veterinary in Chief of the Thiruvananthapuram Zoo, who introduced her to George the tiger and all the
animals.

“George the tiger befriends the mysterious Mr. Carbon Crow who records their exchanges in a journal
that the author, one day, finds at her feet…

A bilingual French and English novel, a journey between Kerala and France, an epistolary adventure,
a story of friendship, of discovery of the other, of cultural exchanges, of life’s landmarks.” 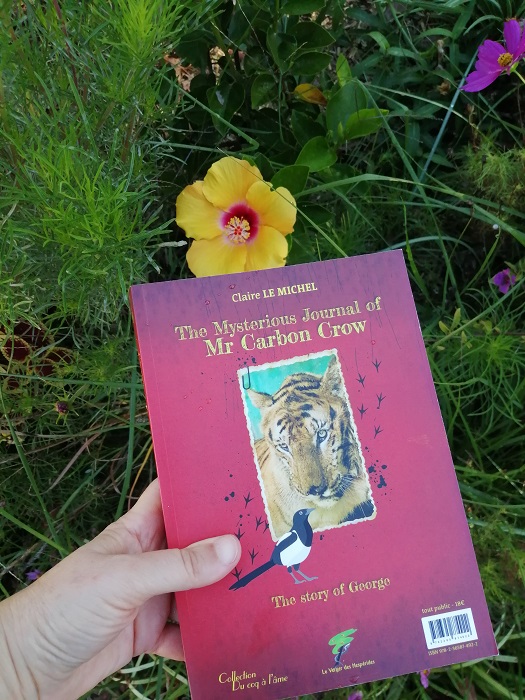 Read about George in these newspapers

Claire Le Michel is a writer, a poet, and a dance performer. She lives and works in France. She enjoys
traveling for she is eager to learn from other cultures and languages. She speaks English and Russian
and writes poems in English. In her writing she focuses on the relationship between human beings
and nature. Her poems have been published in poetry magazines and The Mysterious Journal of Mr
Carbon Crow is her second book published. Claire is interested in animism and the traditions of rituals
connected with nature. She loves Kerala where she has come often since 2015 for performing dance
with Indian musicians or leading writing workshops. The Alliance Française has accompanied her in
several projects. https://claire-le-michel.com