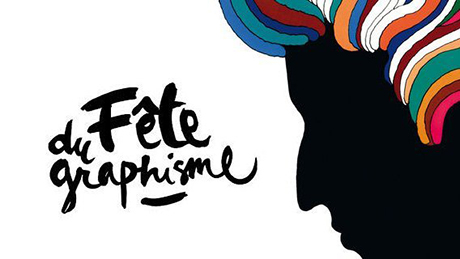 Participation in the competition is free.

The Festival of Graphic Design

The Festival of Graphic Design, launched by Artevia and supported by Foundation Alliance Française, is a project entirely dedicated to the promotion of graphic design in all forms and shapes, developed by the Association for the Development, Advancement and Outreach of Graphic Arts (ADPRG) Building on its 2104 success, the Festival of Graphic Design will inaugurate its Second Edition in Paris (France) in 2015, between mid-January and mid-March.

The project “Cities of the World” was launched in keeping with the ideal of Foundation Alliance Française which is in favour of cultural diversity and a globalization that is more respectful of the differences, more united and more humane,

Each Alliance Française, locally, solicits graphic artists or students in graphic design (a local artist who is not of a different nationality) to conceive and to bring to life a creation of their own that celebrates their city. The competition is run by nearly 800 Alliance Française in 138 countries worldwide.

All creations that will be sent in by different Alliances Françaises will be the subject of a major exhibition in Paris, in the form of hard copy posters or flags that will be showcased in one of the venues partnering with the Festival of Graphic Design, either in Paris or its metropolitan area.

The result will be printed “by the book” by the Festival of Graphic Design’s partners.

Purpose of the Competition: To conceive and to bring to life an original graphic creation whose theme is the city where Alliance Française is present. Each Alliance Française will invite creators to participate and will select one ultimate creation that will represent the specific city.

Every technique is welcome: drawing, painting, collage, photography, typography… being noted though that the final restitution will have to be on a digital file.

Each author will have to certify, by means of a registration form, the originality of his/her creation and that he/she is not using any photographs or documents which he/she is not the author. Otherwise, he/she shall have secured the necessary written authorizations and forwarded these documents to the Organizer of the Festival of Graphic Design. The Organizing Committee reserves the right to reject any creation that would offend moral, religious, philosophical and political convictions.

Any subsequent legal costs concerning the non-respect of copyrights while participating in the call for project shall be borne by the author of the original creation. Under no circumstances, shall the Festival of Graphic Design or its Organizers be held liable for any offense that would disregard copyrights.

All creations may become the subject of a publication that would appear in the upcoming brochure “Festival of Graphic Design 2015” (subject to commitment from the publisher).

A caption will be added by the Festival of Graphic Design Team: under each design creation, the name of the author will be mentioned, the city and country of the Alliance Française , the title of the creation and its date, as well as references or logos of partnerships that contributed to the birth of the project “Cities of the World”.

Authors release reproduction rights of their creations exclusively for the promotion of the exhibition and the Festival of Graphic Design. Tie-in merchandise derived from the “Cities of the World” creations may be developed in order to meet the needs of the event. In such case, ADPRG reserves the right to use the visual parts of the creations.

All creations will require a single file format:

– 1 technical file, PDF or TIFF, intended for the digital printing of the creation.

Size of the Digital File to Submit

The technical file will be a digital file loaded to half of its size that will be printed according to the following technical specs:

Caption: each creation will be accompanied by a caption that will mention the full name of the creator, city, country, title of the creation, and date.

Each entry consists of an entry form and your submission. To enter, complete the registration form with the required information and submit along with your creation to [email protected].