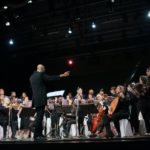 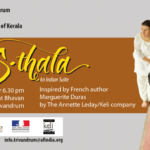 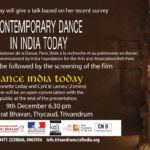 Alliance Francaise de Trivandrum In association with Government of Kerala, Bharat Bhavan & The Annette Leday presents ‘CONTEMPORARY DANCE IN INDIA TODAY’ Annette Leday will give a talk based on her recent survey, with the support of the Centre National de la Danse, Paris (Aide à la recherche et au patrimoine en danse) Translation from the French commissioned by India Foundation for the ... END_OF_DOCUMENT_TOKEN_TO_BE_REPLACED 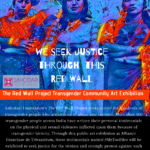 Alliance Française de Trivandrum in association with the Embassy of France in India presents ‘ The Red Wall Project’ an Art Exhibition By Transgender Community. This art show is the first of its kind in India from the transgender community. The show is conceptualized by transgender activist, artist, Harvard speaker and writer Kalki Subramaniam with her research team transgender artists ... END_OF_DOCUMENT_TOKEN_TO_BE_REPLACED 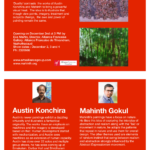 Alliance Francaise de Trivandrum invites you to the art exhibition “Duality”, by  Austin Konchira and Mahinth on 2 December, 3 PM. Show Dates: December 2, 3 & 4, From 10am to 6pm It is an open event, everyone is welcome! Duality contrasts the work of Austin Konchira and Mahinth to bring a powerful visual treat. The idea is to illustrate that though ... END_OF_DOCUMENT_TOKEN_TO_BE_REPLACED 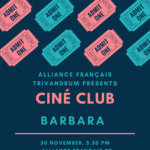 ‘Barbara’ Year -2017, Duration-98 mins, Directed by Mathieu Amalric An actress, Brigitte, is preparing to play famous French songstress, Barbara in a new film. Brigitte works on her character, studying Barbara’s voice, her songs, gestures and the way she carried herself. Eventually, the character of Barbara starts to take her over. As things progress, Yves, the director becomes infatuated with ... END_OF_DOCUMENT_TOKEN_TO_BE_REPLACED 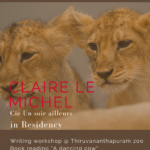 Alliance Française de Trivandrum presents Claire Le Michel, a French choreographer, Theatre director, Actress and Author for a writing residency from November 25 to 30, 2019. Claire Le Michel will conduct a writing workshop for children at Trivandrum zoo based on the observation of the animals. In addition, she will exhibit her poems and photographs at the Gallery of ... END_OF_DOCUMENT_TOKEN_TO_BE_REPLACED 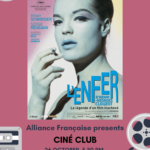 ‘L’Enfer d’Henri-Georges Clouzot’ Year -2009, Duration-85.2 mins, Directed by Serge Bromberg, Ruxandra Film historian Serge Bromberg tells the riveting story of one of cinema ­history’s great “lost” movies: L’Enfer by Henri-Georges Clouzot, the demanding and exacting master who made classics such as The Wages of Fear and the great Vichy parable Le Corbeau. In the 1960s, stung by mockery from ... END_OF_DOCUMENT_TOKEN_TO_BE_REPLACED 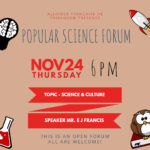